10:30 and just sat down while I saw netflix and ate a little breakfast. Here after chose Christoffer, Mads, Julie and I chose to go to Mansfield’s center and shop. Here I came to spend 100 pounds on a fat jacket and some metal music. We end up spending an hour in the center and then head to Sainsbury and buy dinner. From there we just want to go home but the bus only runs once a hour on a holiday obviously so we end up booking a taxi but it only has room for 4 and we have become 5 in between when we ran into one of the girls From Estonia, which had also bought in. So I choose to sacrifice myself and go home on my feet. The trip is about 3 km so it’s not that bad. When I finally get home, I just relax and watch a movie on Netflix with Julie. When it’s done, we put a new blow on and now both Line and Christoffer are in, so we just sit and enjoy the movie until 23:00 and drop here to bed.

Fortunately, it was not a problem for Daryl. We started with a cup of coffee and at 10:00 we are down in their CCTV center and have an hour to see and ask all that falls us in. Afterwards on our way home, we go to a tesso and see some of their surveillance and their detention room. At the end of the day, we write a report about 2 different thieves in Tesso and leave at. 16:30. So I’m back in Sainsbury and buy dinner and again to follow up on the good night at the Talbot, and I’ll go back there for a couple of hours. When I get home at. At 21:00 I talk to Karoliine from Estonia most of the evening. 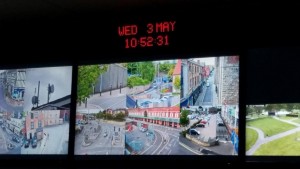 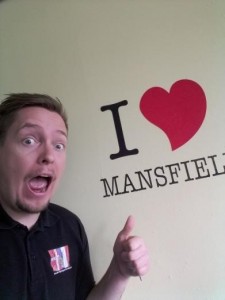